In 1982, with a decline of elementary age students, the Wolf Elementary School building was closed, sold and now serves as an apartment building.  In 1989, sixth grade was moved out of the elementary school and the Junior High was reconfigured as a Middle School.  Ninth grade was moved to the high school.  In the mid-1990s, concerns about the district’s older buildings resulted in a community facilities study.  Reinhard and Lower Saucon Elementary along with Saucon Valley Middle School on Main Street were slated to be replaced by a contiguous structure connected to the high school that would provide facilities for grades K-12 on one campus. Groundbreaking took place on October 18, 1997 and the facility opened for students in September 1999.  The new structures included Elementary and Middle School facilities along with a Science Pod addition to the high school and Administrative offices.  The unique design allows space to be reconfigured for uses according to student and program needs.  Several additional wings in the elementary facility completed in 2002 provided additional space for the growing school age population.

In 2002, the Lutz Franklin Schoolhouse was deeded to the Lower Saucon Historical Society for renovation and presently serves as a museum of early education.  With the opening of the campus, the building on Main Street, which served as a high school, junior high school and middle school, was sold and now functions as Saucon Valley Manor, a facility for senior citizens.  Lower Saucon Elementary School was also sold.  The Reinhard building was retained and leased for several years to Colonial Intermediate Unit 20 as Second Chance Academy, an alternative school.  Reinhard was conveyed to the Borough of Hellertown in 2003.  After years of being unoccupied and in need of costly repairs, Reinhard was demolished in 2012. 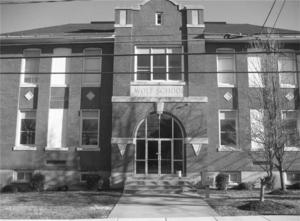 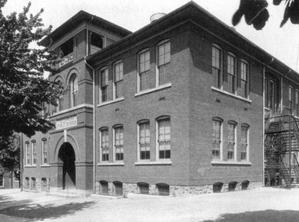 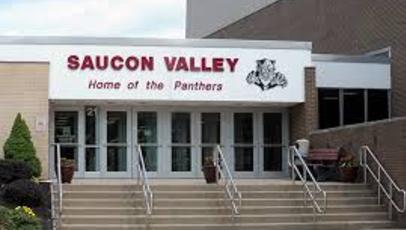 The first "public" school was built on land adjacent to Silver Creek and was donated by John Rentzheimer.  St. Paul’s Methodist Church is presently on this site.  By 1870, the building was replaced by a two-room structure built on Northampton Street, between Saucon Street and Magnolia Road, on land donated by Tilghman Eisenhart.

The Hellertown High School was organized in 1896 through the efforts Alvin I. Reinhard, and a building was erected and continues to be located at Main and Pine Streets.  By 1910, a two story structure replaced the two-room school at the Northampton Street site.  The new building served elementary through high school students until 1920.  In 1919, the borough of Hellertown annexed what was to become the first ward or "crossroads" from Lower Saucon Township.  The township was reimbursed for the three school buildings; the Franklin and Furnace Schools, both on Main Street, and Lower Saucon High School at High and Reigel Streets became part of the Hellertown School District. In 1920, the former Lower Saucon High School on High Street became Hellertown High School and the Northampton Street Building was named Wolf Elementary School.  In 1931, a new high school was constructed on Main Street between Thomas Avenue and Sycamore Street. The Wolf building on Northampton Street was renamed Reinhard (Elementary) and the former Hellertown High School on High Street was named Wolf (Elementary). 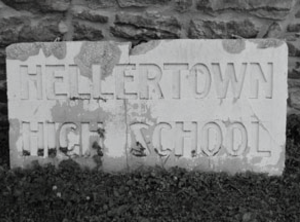 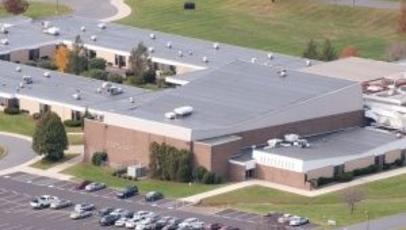 With the opening of the Hellertown High School on Main Street, twelfth grade was added.  In 1952, the population growth necessitated the addition of four classrooms to Reinhard Elementary.  In 1953, joint operations between the borough and township schools began.  Plans were made to improve facilities for all students.  In September 1957, a new addition with eight classrooms, a multipurpose room and other space was completed at Reinhard.  In September 1958, Lower Saucon Elementary School on Wassergass Road opened, replacing thirteen obsolete buildings, ten of them one-room schools.   In January 1959, Hellertown High School reopened as the renovated and expanded Hellertown Lower Saucon Joint Junior-Senior High School.  In April 1962, the Wolf Elementary School renovation and annexation of a classroom, cafeteria and auditorium was complete.